William Julius Wilson Award for the Advancement of Social Justice

Washington State University created the William Julius Wilson Award for the Advancement of Social Justice in 2009 to honor individuals who promote social inclusiveness and diversity in social policies and strive to reduce joblessness.

The award is named after William Julius Wilson, who received his doctoral degree in sociology from WSU in 1966. Professor Wilson is widely considered one of the nation’s most influential sociologists. 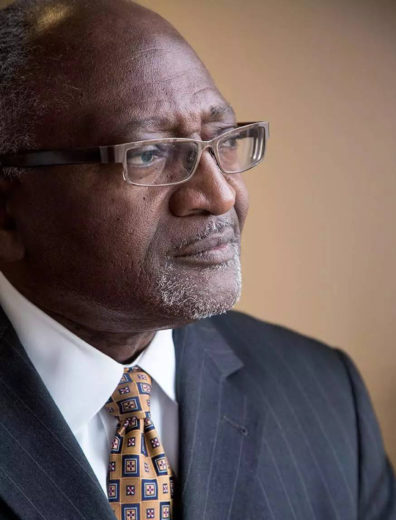 “The Quest for Environmental, Climate, Racial, and Economic Justice in the United States”

Robert D. Bullard is distinguished professor of urban planning and environmental policy at Texas Southern University in Houston. He was an expert witness on the 1979 Bean v Southwestern Waste Management Corp. lawsuit, the first of its kind to challenge environmental racism using civil rights law.

Professor Bullard is often called the “father of environmental justice” as his 1979 study “Solid Waste Sites and the Houston Black Community” laid the foundation for four decades of environmental justice research. He is co-founder of the Historically Black Colleges and Universities (HBCU) Change Consortium and the author of 18 books. His Dumping in Dixie: Race, Class and Environmental Quality (Westview Press, 1990) was the first book to introduce many readers to the field of environmental justice. His latest books include Race, Place and Environmental Justice After Hurricane Katrina (2009), Environmental Health and Racial Equity in the United States (2011), and The Wrong Complexion for Protection: How the Government Response to Disaster Endangers African American Communities (2012). In 1990, he received the National Wildlife Federation Conservation Achievement Award in Science for his groundbreaking book Dumping in Dixie.

Bullard recently was listed among the world’s 100 Most Influential People in Climate Policy by national public policy group Apolitical, and he received the Stephen H. Schneider Award for Outstanding Climate Science Communication from Climate One.

The 2019 Wilson Symposium is sponsored by the WSU Office of the Provost, Office of Equity and Diversity, Department of Sociology, College of Arts and Sciences, Common Reading Program, Sociology Graduate Student Organization, Pre-Law Resource Center, Environmental Science Club, and the Environmental Sustainability Alliance. 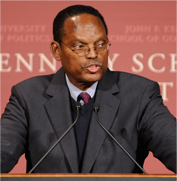 WSU alumnus William Julius Wilson (PhD ’66, sociology) is the Lewis P. and Linda L. Geyser University Professor at Harvard University. A past president of the American Sociological Association, he has received 46 honorary degrees from institutions across the United States and abroad. He was a MacArthur Prize Fellow from 1987 to 1992, and was elected to the National Academy of Sciences, the American Academy of Arts and Sciences, the American Philosophical Society, the Institute of Medicine, the National Academy of Education, and the British Academy.

Wilson is also a recipient of the 1998 National Medal of Science, the highest scientific honor bestowed in the United States (and the second sociologist to received the honor). He was awarded the Talcott Parsons Prize in the Social Sciences by the American Academy of Arts and Sciences (2003); the Daniel Patrick Moynihan Prize by the Annals of the American Academy of Political and Social Science (2013); the Robert and Helen Lynd Award for Distinguished Career Achievement by the Community and Urban Section of the American Sociological Association (2013); and the WEB DuBois Career of Distinguished Scholarship Award, the highest award bestowed by the American Sociological Association (2014).

He is a member of numerous national boards and commissions, and chaired the boards of the Center for Advanced Study in the Behavioral Sciences and the Russell Sage Foundation. Wilson also was a member of President Clinton’s Commission on White House Fellowships (1994-2001).